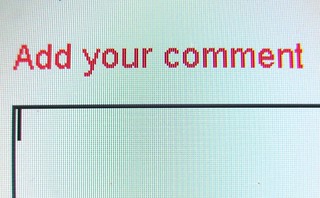 Lots of stuff on that promo post, and I didn’t want to dump all my thoughts into comments.

I found you through goodreads’ Love’s Landscapes event. So that means the first book that I read was Going Home which was great. But it is definitely TSM that keeps me coming back for more.

That’s another reason I’m trying to throw some energy behind getting eyes on The Scientific Method; I definitely think the majority of Ripper Die-Hards stick around for the lads.

And Nadine asked a few weeks ago if I’d do Love’s Landscapes again. Definitely!

I don’t feel your books are unfairly priced at all, and I love the ones I have, and I really love reading all the little extra scenes you post here (I actually hope that once you have a bunch you bundle them and sell them or something so I can have them on my kindle whenever I want and not have to go to a site and then look for them one by one), but with a tight budget I try as much as possible to always try to get a deal. If I wait long enough I can get two maybe three books for on sale for the price of one when it’s not…So I’ll always try to wait if I can. I don’t know if it’s feasible, but maybe sometimes lowering the price to .99 for a day or two every now and then would make a difference? I don’t know if that would be beneficial to you or if it would only benefit me, a greedy reader.

Greedy readers unite! If I didn’t have a tight budget, I’d burn through entire backlists.

On the subject of sales, it’s a logistics issue. [Blah blah indie publishing stuff follows.] I upload each book to seven vendors. When I want to change something–say a price–that’s going to each website, going into the book or books I want a price change on, changing the prices (in USD–and all the other currencies), saving all that, and doing it all over again when the promo’s over. (ARE, Kobo, and kind of Google Play have dated systems that allow an end date, to varying success rates.)

And I’m not bitching; this is my equivalent of changing the sticker prices and I’m happy to do it, but it takes time. I used to run $0.99 promos on all books for the first week they were out. But man, that was exhausting. So now it’s gotta be a more organized effort, and it should be in conjunction with an actual strategy. Which is why it hasn’t happened. And it might not for another little while; those kinds of ads usually cost a chunk of change, and many joints require a minimum number of reviews before they pick you up. (To leave a review for The Scientific Method on Amazon, click here. No. Really. I’m serious!)

I, too, am a greedy reader on a budget, so I get it. And I hope you’ll keep enjoying the shit out of all the free stuff!

Some thoughts…
1) I buy through Amazon UK. Price is somewhat irrelevant – I’ve regretted spending £1.50, and I’ve spent over £5 on a book I particularly wanted. The most I’ve spent on one book was £5.73, and that’s probably about as high as I’d go – actual physical paperbacks in a high street store retail for typically £7.99 these days (sigh), and I’m not going to spend that on something I can’t put on my bookshelf. I’m more likely to buy several books in one sitting if they’re priced at, say, £2.47 (four for a tenner! bargain!), and my average spend is around £3 a book.
2) Series are the way to go to generate more sales, I’m sure of it. That £5.73? Fourth and final in the series – of course I’m going to buy it! Although that does mean I’m wary of starting a new series…

3) I have 11 authors on my Kindle whose work (42 books in total) I’ve paid money for. I discovered 6 of them through the free GoodReads Don’t Read in the Closet events (31 books) and 1 more through Literotica (also free) (3 books). 1 was a debut novel with outstanding reviews, and the other 3 were from browsing Amazon – 1 a mistake, 1 a success and 1 somewhere in between. So I’m a big fan of authors putting free work out there for us to try before we buy – and if I’m anything like typical, it does lead to actual sales. (I know Amazon does the ‘look inside’ thing, but somehow it’s not the same as flicking through a book in my hand stood in a shop. Having read even a short story first is a big win for me.)
4) I’m not so sure about covers being critical – for me, they’re largely irrelevant. Maybe because in m/m they’re so overwhelmingly one or two wholesome ripped young men doing their best Blue Steel (yawn) that I guess I just skip over them. (My favourite cover yet? Motel. Pool. by Kim Fielding. Not a naked torso in sight.) Plus, again, if it’s not a paperback on my bedside table, I’m never going to look at the cover anyway. Although I do like that the Home and TSM series have consistent covers. (Do I mean consistent? You can look at them and know they’re part of the same universe, anyway.)
Is *any* of this helpful?

1) I think the subjectivity of price is a good point. I vividly remember saving my allowance to buy the new Stephen King book on release day (at the, you know, bookstore, in hardcover), and it was like $27. But that didn’t seem like too much because I was paying for the anticipation and the experience and the thrill of the thing. (That so makes me want to run a “four for a tenner” promo at some point. Putting a pin in that.)

2) God, me too. I’d pay anything for the next in a series I’m invested in.

3) The best way I’ve ever heard this summed up is by an author called Elle Casey. Someone was playing the old “free books devalue literature; that’s what samples are for” thing and said that Costco doesn’t give out the whole pizza as you’re walking through the store; they give you a piece and you decide if you want to buy. Elle Casey, who’s a freaking indie rockstar, launched into a beautifully explained counterargument which I will now reproduce badly.

The difference, of course, between a sample of pizza and the first ten percent of the book is in what you learn from it. A bite of pizza tells you what the pizza tastes like. You get some dough, some sauce, some toppings. It’s a representative sample of that pizza. A sample of the book (Amazon uses the first tne percent, roughly) tells you something else: how that author writes the first ten percent of a book. How much can you learn in ten percent? I don’t know. Depends on the book. You might learn that writer can nail an action scene, or a big set-up to a suspense novel, or a cracking first encounter between two romantic leads.

But ten percent never ever tells you how an author writes a book. You get nothing of pacing, of character development, of whether that author can weave together a complex story and resolve it appropriately in the end. So I’m with you. I pick up a lot of authors through free books and stories, too. Try before you buy!

4) I, too, do not pay particular attention to covers. I think two things. One: The human eye picks up images whether we’re consciously aware of it or not. The way we read is based on the shapes of the letters, which is why we can read those misspelled paragraphs without thinking about them too hard. I don’t thing my covers for the SMU books are huge detractors. But! I think there’s a way to cover those books that would draw positive attention, and I don’t have a concept for it yet. And two: Branding! You nailed that, and it’s part of my current struggle. The TSM arc is branded, but I’d love a subtle way of indicating Surrender the Past is part of the universe but not the main arc, and I don’t have an idea for that yet.

ARe popped TSM into the “Other customers purchased” lineup as I was checking out and I thought “What the hell, it’s free!”. You can only blame yourself for what’s happened since, because you wrote all the words in the 5 books I bought and visually inhaled like crack the next day.

In fact, Wendy wrote me a lovely email and added that she only had to scratch her head once while reading to see who’d said what, so I immediately demanded she go back through all five books and tell me where that moment was, because I’m kind of a jerk like that. (True story. Lucie also sent me a typo and forever endeared herself to me. I freaking hate typos.)

All righty, that’s it. Thanks so much for playing, y’all!