Red and Bad: Now with Visuals!

I meant to include this stuff in the origin story, but forgot completely. So, here for those folks who like pictures.

I did not model the school Red attends on the University of Redlands, which is where I went to college. I did, however, place it in the same general location in Southern California, which looks a little something like this: 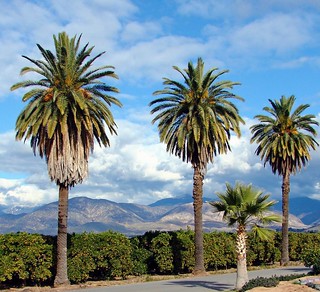 In point of fact, that actually is Redlands, which I should have known by the way my heart stopped when I saw it. (I always think that my brain doesn’t process images, but I sure as hell knew that was the old home-of-four-years.) In any case, The Orange Grove features an orange grove, and this is what I was picturing when I wrote it. You, naturally, may picture whatever your imagination throws at you.

Sadly, although I–as I rarely do–based Room 111 on an actual room, this is the only picture I can find of the place itself. 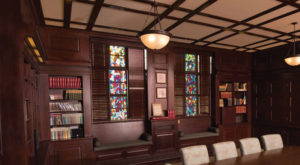 This is similar to the house I saw in my head for Bad’s house. It might be a bit more ornate than I pictured, with a slightly different garage organization, but it’s the kind of bungalow you see a lot in Southern California. 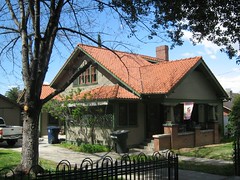 There is no “Nipple”, but I was inspired by this, um, clock thing? This is Hunsaker Plaza, which is the heart of the UofR campus.

Now, then. I feel I’ve given you a tour of my brain and a place I lived for a stretch (and return to once every five years like a homing pigeon, but that’s a story for another time). Like I said, I don’t usually base places on my places, at least not in a way that isn’t generic, but this one got me, so I gave Little Red (and Bad) a place I hold dear.