The Nick and Bernie Cover…

…To be revealed sometime next week?

Guys? This cover is kicking my ass. For one, there are limited black-men-in-their-thirties stock photos. Not, like, extremely limited, but they aren’t the easiest thing to track. The one I like best (the guy I used as a model for Bern when I was writing) doesn’t have a damn thing I can use for this cover. I dig the pic I ended up with, because the pose is kind of perfect, and also, he has a hat.

(Bernie doesn’t wear a hat as a general rule, but he appreciates hats. All of my favorite “Bernies” had hats.)

But Nick? One of my only blonds-with-blue-eyes? I’m shockingly picky about Nick.

He’s gotta have hair long enough to pull (also something I look for in later-SM Will Derrie), no suit, no jackets, and there’s a look about the eyes that I can’t quite get right. My ideal Nick is just a normal looking white guy with blue eyes, so I can’t work out why he’s so damn hard to cast. 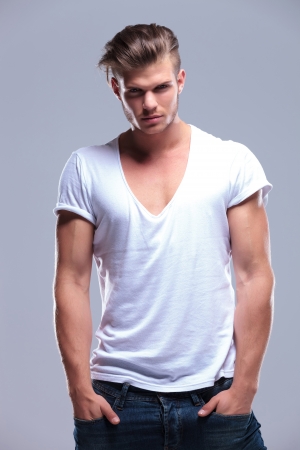 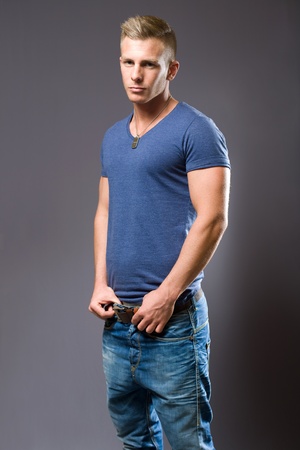 And let’s just set aside that nearly everyone looks too young to be these characters to me. (Characters who are roughly my age, and so are most of these dudes, so I don’t know where the mental breakdown is there, except a lot of the model poses in stock art seems either overly precious or downright porny, and neither vibe works for N & B.)

Let’s be clear: Nick could be a shirtless guy, but he isn’t. Yeah.

Also, he could be smirking, but for the cover? A hint of a smirk at most.

This guy could be Nick, except he’s too smiley and there’s no decent wardrobe to work with: 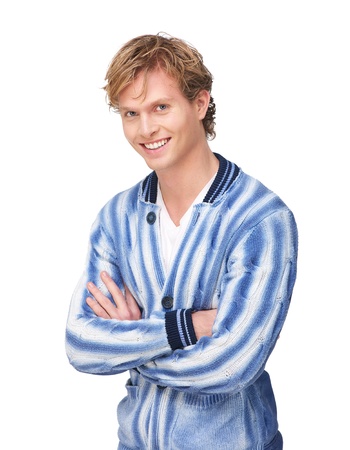 This guy could also be Nick, though he’s young, except all the pictures are, well, something like this: 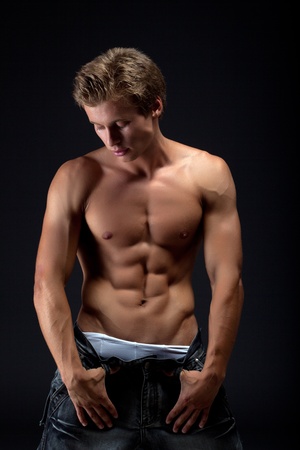 All right. I should have this cover done by now (my to do list tells me I should’ve had it done last week), but now that I kind of have a (cheesy) concept, I can’t find a damn model for Nick. Nick! Every time I look for photos (try finding a not-too-smiley interracial couple in the same shot–that Home Free picture is my favorite stock photo find of all time), every time I look for photos I think, Damn, I need to write more blond white people. And here he is. And no. Nothing. Nada. Fuckin’ zilch.

Back to the grindstone. Look for the book page to be up within the week. If I can find a Nick. (I should do all object covers. That could be my thing. My brand. Then I’ll get wildly famous and people will say, “Oh, you were so brave, making object covers in the face of all those half-naked people,” and I’ll say, “Yes, uh, brave. Yeah. That’s…that’s exactly what it was. Bravery. Suuuuuurrrrreeee.”)