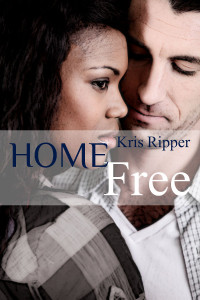 People say love conquers all, but that’s a bunch of BS. Love doesn’t really conquer anything.

D doesn’t believe in love. Sure, it exists—for other people. But any chance she might have had at love was pretty much taken care of by three years chained to a bed in a monster’s back room. It doesn’t matter how much she wants to take refuge in some stupid dream of curling up next to someone, or how often her friends nudge her in a very specific someone’s direction, D’s not taking chances.

Teddy didn’t plan to fall for the young woman next door, but he can’t seem to help it. That their two best friends are getting married doesn’t help matters; all he really wants is one damn day without talking about weddings and floral arrangements and if the shade of D’s dress is going to clash with the rose in his boutonniere. When a volunteer job at the local fitness center turns into the biggest opportunity he’s ever had, he realizes he’s not really the brave one here. Maybe both of them could stand to take a risk.

Can two people ever really commit to one another honestly? Or is true love—like the perfect wedding—just another myth?

Warnings: Contains mentions of past sexual and physical violence, but no flashbacks or PTSD. Also, a trans main character who transitioned a long damn time ago.